A psychiatrist referred an adult male, a 52-year-old American citizen, who grew up in El Salvador. He was on psychiatric disability and taking multiple strong medications. Juan was abandoned by his parents, placed in a brutal orphanage, and had witnessed multiple murders and murders, as well as the assassination of Archbishop Romero, who was declared a martyr by the Pope; he was often beaten severely for being dyslexic. He felt hopeless, useless, and in perpetual panic. He was a hard worker, but eventually, he was unable to do his job.

As a psychologist, I used a trauma-erasing technique called EMDR (Eye Movement Desensitization and Reprocessing) and deep relaxation therapy. After five sessions, it was so successful that he felt “happy” for the first time in his memory. His psychiatrist diminished his medications, and I thought it was the last session, but Juan said, “There’s one last thing I want to work on. Can you teach me to read?”

Of course I said “yes” and I explained how he could take the SOI test online. A month went by and I hadn’t heard from Juan, so I texted him. He replied, “Good evening Doctor. I’m almost done, but I have taken long cause it gives me high anxiety when taking it and it blocks my mind. I just need 6 more modules. I should finish tonight. I’m so afraid of the results.”

When Juan submitted his transmit file for his SOI test he added, “Only God can decide my future. I follow Him.”  His profile revealed the following:

With the exception of auditory memory, Juan tested at the bottom stanine in every subtest! He will begin LOCAN, and then will work on his own SOI individual CD and workbook! I will continue to monitor his progress and report it to you. I hope to have exciting results to report at the Advanced SOI workshop in July.

The moral of the story: When a student, no matter how old, has suffered complex trauma, the psychological must be treated first using specific and evidence-based trauma treatments. According to the Meeker Paradigm, this second area, “Social-Emotional,” precedes area three, “Cognitive-Academic.”

Click here to read the next part of Juan’s story.

There are many kinds of giftedness. One of the most common misconceptions about gifted individuals is that they will excel in all areas.

Some individuals who are highly academically gifted can be very average when it comes to creativity. The reverse is also true. Some of the most highly creative individuals have gaps in their ability to thrive in a primarily academic setting.

Dr. Mary Meeker, who was given the Torrance Creativity Award (a prestigious national award given to an educator of gifted children), was concerned about meeting the emotional needs of the gifted child. She wrote, “Since the gifted have a tendency toward acute sensitivity, with feelings of being different and lonely, their motivation is easily diminished or extinguished when they are locked into an environment at home or at school which is neither supportive nor accepting.”

To ensure that gifted students meet their full potential, they need to be acknowledged for their giftedness, assisted with any learning issues, and given an opportunity to express themselves in ways that are meaningful to them. SOI (the Structure of Intellect) – the brain child of Dr. Meeker – offers a way to assist the gifted by giving important feedback on areas of giftedness and by identifying and correcting learning problems.

The SOI-LA, is an assessment tool that measures abilities. It measures multiple intelligences with the intention of empowering a person to develop their full potential by first understanding their own strengths and weaknesses. SOI has a long history in the field of giftedness. Dr. Meeker, who created the SOI assessment based on the theory of J.P. Guilford, was herself very gifted. And misunderstood.

When she began testing students in the school system in California, she discovered an interesting fact about gifted students – that many of them have learning difficulties that are seldom addressed. END_OF_DOCUMENT_TOKEN_TO_BE_REPLACED

I gave my friend Sean a call the other day to see how he was getting along.

“Great,” he said. “In fact, I’m doing really well. You knew that I’m working on my Master’s degree, didn’t you?”

Yes, I knew Sean was d

oing well. I always make it a habit to inquire about his well-being. Since I met him in 2010, shortly after his return from two tours of military service in Afghanistan with the U.S. Marine Corp, he has become someone I often think about.

When I asked about his field of study, he shared, “My area of interest is Engineering Technology Management. While I’m finishing my studies, I’m also working at the university’s engineering department in the study of micro- and nanofabrication. They call it micro-electric systems.”

My daughter, Krista, called me about a year after I first met Sean. She was very concerned about him. His job in the military was in forward reconnaissance. As a result, he had been in close proximity to multiple IED explosions. He shared with her that inattentiveness, memory problems, and coping skills were causing him difficulty in his attempts to regain a normal life and resume his dream of attending college to become a physicist or engineer.

He also mentioned that he had been diagnosed with Post-traumatic Stress Disorder and probable traumatic brain injury due to blast concussions. His doctors had recently advised him to think about choosing a less academically challenging career option. In Sean’s words, “They think engineering will not be an attainable goal for me as I am now damaged goods, and they say, it will probably get worse.”

Krista, who had recently been trained in SOI Basic and Intermediate, quickly told Sean, “You need information! Let my mom test you using the SOI and see how your intellectual abilities really look! If there are weaknesses, you will know it. But, you will also know your strengths, and how to use those strong areas to develop your weak areas. You can’t just assume that your experience will be the same as every other person just because you have gone through similar events. At least this way, you’ll know and be able to build from there!”

Sean was willing to give it a try, END_OF_DOCUMENT_TOKEN_TO_BE_REPLACED

Meeting Dr. Mary Meeker was like a strong wind that comes unexpectedly. It blew my mind and life in a totally different direction. It was like waking in a new dimension that was full of truth, energy, understanding, and hope. Though not tall in stature, the force of her determination to share the SOI Model, her genius in development and enhancement materials to meet the needs of all ages, and her ability to train thousands of individuals defined her as a brilliant giant. Her goals never wavered. She believed that individuals deserved to know what kind of intelligence they had, not simply how much. 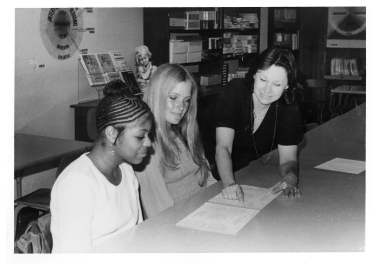 The different SOI assessments of learning ability create a profile that identifies very strong abilities that can be used and applied to all learning situations, and abilities that need further development to strengthen learning potential. This profile is printed into a report to be shared. I was mesmerized by Dr. Meeker’s capacity to look at an individual’s profile to see so clearly where help was needed. She wasn’t quick to put a label on anyone. She wanted to strengthen all abilities available and then determine if further intervention was necessary. That is a profound method that attracts people to the SOI Model.

Mary wanted to share her knowledge to all wanting to learn. She lit a spark within others and END_OF_DOCUMENT_TOKEN_TO_BE_REPLACED 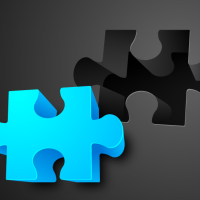