“I’M NOT DOING THIS ANYMORE! My head hurts, I keep losing my place, and I can’t remember what I read!”

These words assailed me as I walked into our fifteen year-old’s room. Her text book landed on the floor in front of her, just before her words landed on me. As a parent, these are not the words you want to hear from you son or daughter. Needless to say I was dismayed.

Aside from adolescence, what had changed this person from an enthusiastic student who claimed reading as her favorite subject, to the frustrated student sitting dejectedly on the floor of her room? I was an educator, a specialist no less! I was supposed to know what to do!

Little did I know, the next week would forever change not only my life, but also our daughter’s life and my professional career. I had been trained the previous school year to be able to assess students using a program called SOI, the Structure of Intellect.

With great enthusiasm, I was at last able to see the strengths and weaknesses of my students and to learn how to train those abilities that were weak and encourage and nurture giftedness in those areas which were stronger. I could now understand the type of learner I was working with and how I could enhance his/her abilities by teaching them in the way he/she learns best.

I had previously assessed our daughter and confirmed what we knew instinctively as parents. She was very bright. This contributed even further to my confusion as I stood in her room and pointed out to her that throwing a book across the room was not an option.

What happened next can only be described as a “Game Changer”. Simply defined, a GAME CHANGER is a newly introduced element or factor that changes an existing situation in a significant way.

The next week I was scheduled to be trained in an innovative way to address what I now call the missing link to learning. It is a component of the SOI System known as IPP or Integrated Practice Protocol. It addresses the physical components of learning, helping to integrate the mind and the body in a way that (as you’ll see) significantly impacts learning.

That week as we worked our way through the connections of sensory integration and visual skills, it began to dawn on me that this might be the answer to our daughter’s reading and study frustration. I spoke with Diane, our trainer, and asked if she would allow her to be one of our students to work with in our training.

I know this may sound over dramatic, but I truly believe the training and the information gained that week changed our daughter’s destiny.

We discovered that, in spite of her intellectual ability, her eyes were not able to target properly. Due to something called “an undershoot”, she was leaving words off every line she read! A few lines down and the reading failed to make sense. She then had to reread the paragraph, sometimes more than once. It didn’t take long to lose comprehension and, after multiple attempts, eventually give up experiencing headaches and fatigue.

This wasn’t a new development, her eyes had most likely always done this, however, it didn’t become apparent until the volume of reading increased in the higher grade levels.

She had always been a considered a good student. She would have never been identified for extra help. But now frustration had set in and with it, a lack of motivation had developed.

It has been said that, “Lack of motivation is the greatest learning disability.”

Without this program, her difficulty would never have been discovered. She, like so many other bright students would have just continued to struggle quietly and finally resign herself to the misconception that she was not able to attain high levels of learning. Her destiny would have been altered.

Since then, our daughter has gone on to graduate from college with honors and earn a Masters degree – something she still says would have been incredibly difficult without the SOI program due to the high levels of reading required.

From barely being able to complete a one chapter reading assignment in high school, to reading 3-4 books per week and journal articles in her Masters program, and now looking to eventually pursue her PhD, the transformation has been DRAMATIC.

To say that I am a proponent and devoted practitioner of this program would be a vast understatement.  I can tell you from personal experience. IT IS A GAME CHANGER!

Renee is the founder of:

Synap2it! Learning Development Center (locations in both Lubbock and the Austin/Dripping Springs area of Texas) 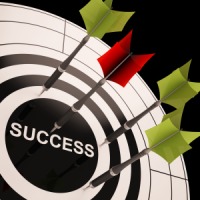 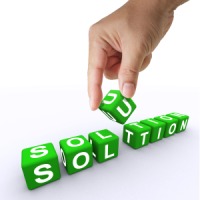