I gave my friend Sean a call the other day to see how he was getting along.

“Great,” he said. “In fact, I’m doing really well. You knew that I’m working on my Master’s degree, didn’t you?”

Yes, I knew Sean was d 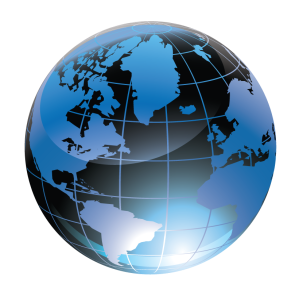 oing well. I always make it a habit to inquire about his well-being. Since I met him in 2010, shortly after his return from two tours of military service in Afghanistan with the U.S. Marine Corp, he has become someone I often think about.

When I asked about his field of study, he shared, “My area of interest is Engineering Technology Management. While I’m finishing my studies, I’m also working at the university’s engineering department in the study of micro- and nanofabrication. They call it micro-electric systems.”

My daughter, Krista, called me about a year after I first met Sean. She was very concerned about him. His job in the military was in forward reconnaissance. As a result, he had been in close proximity to multiple IED explosions. He shared with her that inattentiveness, memory problems, and coping skills were causing him difficulty in his attempts to regain a normal life and resume his dream of attending college to become a physicist or engineer.

He also mentioned that he had been diagnosed with Post-traumatic Stress Disorder and probable traumatic brain injury due to blast concussions. His doctors had recently advised him to think about choosing a less academically challenging career option. In Sean’s words, “They think engineering will not be an attainable goal for me as I am now damaged goods, and they say, it will probably get worse.”

Krista, who had recently been trained in SOI Basic and Intermediate, quickly told Sean, “You need information! Let my mom test you using the SOI and see how your intellectual abilities really look! If there are weaknesses, you will know it. But, you will also know your strengths, and how to use those strong areas to develop your weak areas. You can’t just assume that your experience will be the same as every other person just because you have gone through similar events. At least this way, you’ll know and be able to build from there!”

Sean was willing to give it a try, so we scheduled a meeting to do the SOI test and an IPP screening (for sensory and visual skills) for the next month.

That day finally arrived. We discovered that intellectually, Sean was not “damaged goods.” The most significant information for Sean was gleaned from his SOI profile. He had evidence in black and white that in terms of his learning abilities, he was “okay.”

In fact, Sean was gifted in nine areas of the Structure of Intellect test that involved evaluation, problem solving, and language. This was great news for a budding engineer! Six areas of the assessment were above average, the remainder of abilities showed to be average with the exception of four weaker areas, three of which were vision indicators. Inattentiveness, probably due to the stressful ordeals endured in military serv

ice, was giving him some difficulty in MSSv, a visual multi-step memory application. There were weaknesses in CFS and CFT, the advanced mathematical areas of three dimensional systems and visualization, which also require multi-steps.

I spoke with SOI and Dr. Meeker, who compiled an individualized personal workbook that would train Sean’s weaker abilities that were causing difficulties. Dr. Meeker also provided strengthening and enhancement modules specific to the abilities that would be important to Sean in his chosen field of study.

As mentioned before, Sean’s SOI test profile also revealed three vision indicators. His visual acuity was excellent. He was an expert marksman and never had reason to suspect vision. However, the IPP screening confirmed he was having some difficulty with some functional vision skills at near point. Upon further research, I discovered that this is a typical problem experienced by military personnel who have been exposed to even one IED explosion. Sean had been near six!

Because of distance, I was unable to work with Sean directly, so we ordered the personalized workbook and I recommended a thorough eye exam. I showed him some activities involving balance and a few other physical activities for him to use as a study breaks when he became inattentive or anxious during long and intense study times. Sean, true to his Marine discipline, was faithful in the execution of these recommendations. This is his victory!

Below is a copy of the modest testimonial submitted by Sean for the SOI newsletter in June of 2012. Some of you may remember it.

As a student in high school, I was never really challenged by my scholastic workload. But after four and a half years of military service, college proved to be a different story. Higher echelon math was proving to be my absolute downfall. Its complex symbols and multiple page equations were seemingly impossible to solve. Then I was introduced to the SOI program. Once Renee and Krista established my baseline and provided me with a few simple exercises the difference was like night and day. I have improved at least a letter grade in all of my collegiate classes, and I don’t fall asleep dreading the next day of classes. The SOI program changed my life.

And now you know the rest of the story! 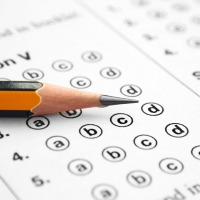