Rafael came to the SOI Center with behavioral problems and academic disorders. His parents were very worried because Rafael had been diagnosed with Asperger syndrome. What upset them most was that he struggled with social interaction and anxiety/mood disorders that included excess verbiage, an explosive temper, and a very low tolerance to frustration.

Rafael was bullied a lot at school. He also constantly questioned any new information that his teachers gave to him. They had no idea how to guide his intellectual curiosity. All this because his conversations were all unidirectional and had difficulty paying attention to instructions.

el took the SOI ALA test; his results were very significant. Many of Rafael’s skills were very good, but he had areas to improve such as vision, audition, reading, and semantics.

For 16 months, Rafael worked through SOI modules to strengthen his weak areas. He completed the IPP program (Integrated Practice Protocol)  followed by IPP Auditory. He did visual and breathing exercises to improve his temper.

All  of this hard work led to a great improvement in reading comprehension. Rafael learned to take time to listen. He found a way to properly articulate each of the letters of the words he says and recall (in great detail) material he had just read.

Rafael’s parents decided that it would be good for Rafael to change schools to get a fresh start. It would give him the opportunity to excel by himself with his new skills. That move was crucial for Rafael to build confidence and integrate himself in cultural and social activities with his peers.

The change for Rafael w 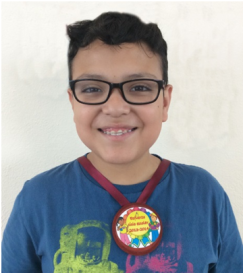 as dramatic. His acceptance as a peer, study partner, and playmate was very exciting for him! Most important of all, at the end of the school year, Rafael received special recognition for his academic performance and the great effort he made to incorporate into everyday life as a sixth grade student.

Rafael is much more tolerant and patient. He knows how to listen carefully to instructions, has a better control of his temper, and is an excellent reader.

The biggest overall change is that Rafael is now a happy teenager at school and a good example for his younger brothers! 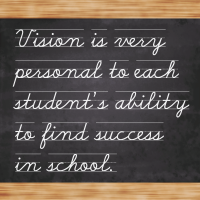 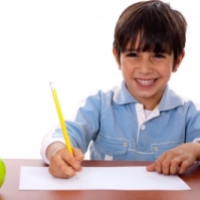